When asked about a national character, almost any newbie – or oldie, is likely to describe the typical Swede as shy, reserved and almost uninterested in human contact. Although everyone is a unique individual, and generalising is always a risky pursuit, I believe this topic might be worth investigating, bearing in mind the limits of such approach.

Most of us do seem to have difficulty initiating contact, appear awkward talking to strangers and acquaintances alike, and rarely form new friendships. Compared to other Europeans, us Swedes tend to use fewer and slighter gestures, maintain less eye contact, and in general, talk less. If you have Swedish business contacts or colleagues, they are probably nice and civil, but rarely give you any glimpse into their private lives, and seem passionately disinterested in yours.

I cannot give this aspect too much emphasis. You might find this somehow paradoxical, if you are familiar with sites such as ratsit.se, or have understood the full implications of the system with personnummer. From a Swedish point of view, though, privacy is not so much associated with confidentiality or anonymity, as the freedom, that is, not standing out from the crowd. We somehow believe that being noticed implies being judged and treated accordingly, and we are all more or less trusting in the protection social camouflage provides. Even opinions are considered private and are not discussed outside small circles of family and close friends. At work, for example, conversation tends revolve around neutral topics, facts – or even better, things that can be measured and quantified.

Hence, not asking about your personal matters does not mean that your Swedish colleague does not care, it means that they respect that you might prefer not to reveal such details.

Likewise, they do not want to burden you with information about their private lives. If you are used to a more fluid distinction between what is public and private, such sharp division of spheres may be understood as an attempt to create a distance, and it is easy to conclude that the Swede is reserved. 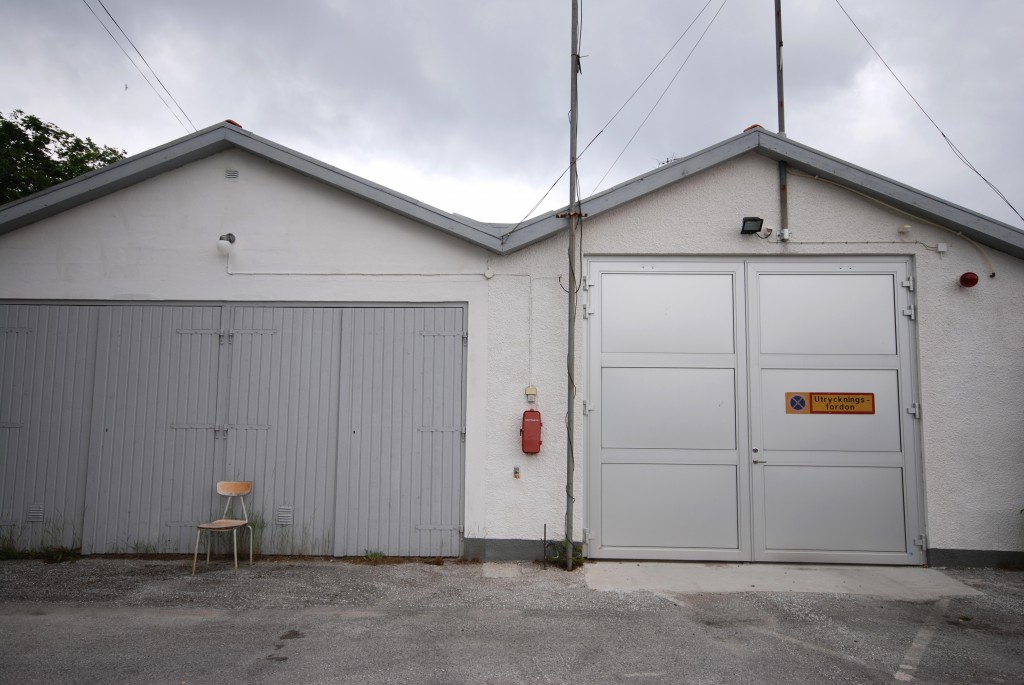 The local fire station at Fårö, Gotland. Sweden is a sparsely populated country, where many people in rural areas spend their working days alone. (Photo by Sofi Tegsveden Deveaux)

It is not in your mind

Studies do confirm that Swedes behave in ways that can be interpreted as being a sign of shyness. However, research about national character draws a sharp line between the behaviour and the feeling of shyness. There is actually no evidence that Swedes feel shyer than any other nationality. In fact, a comparative study conducted in 1985 by Swedish mentality expert Åke Daun, the number of Swedes experiencing communication anxiety (the technical term for shyness) is equal to the number of Americans feeling the same.

Indeed, Swedes show less willingness to talk than Americans, but in the Swedish mind, this does not seem to be a relevant factor. In fact, the Swedes considered themselves to have much better communication skills than Americans.

This may seem surprising at first glance, as the typical American is rarely described as shy, and the stereotype is often thought to be a very talkative person.

However, the same study further reveals that Swedes define good communication skills as the ability to listen, rather than efforts of making yourself heard. In fact, behaviour that a Newbie or Oldie may interpret as shyness – that is, listening rather than talking, not discussing private matters – is associated with reflectiveness, modesty, unpretentiousness, and willingness to understand, from a Swedish perspective.

In turn, these qualities are considered positive traits, and are celebrated in professional as well as private contexts. We could also argue that in a society where such behaviour is not only tolerated, but also celebrated, there is less external pressure on each individual, who can feel rather comfortable behaving in a way that could be seen as shy elsewhere.

Why is our perceived behaviour of so different from our feelings?

If we acknowledge that most Swedes do not experience communication anxiety, the problem (if you insist on calling it so) is perhaps not so much the fault of us Swedes, as a symptom of poor mutual understanding. For example, we can take the personal comfort zone, that is, the physical distance between two individuals. Swedes, infamously, maintain a large personal comfort zone, and feel uncomfortable with people standing too close – or worse, touching us. This being a subconscious social agreement, a non-Swede used to a smaller personal comfort zone may try to come closer whilst talking, in order to feel at ease. Consequently, the Swede (still subconsciously) may take a step back in order to maintain their preferred distance.

From the non-Swede’s point of view, this can be perceived as something negative – it is not very nice to talk to someone who seems to be stepping away from you. But this is a conclusion drawn from a singular perspective, without taking the Swede’s intentions in mind.

We need to remember that social codes are culturally contingent, and be forgiving to those who do not comply with our own set of rules.

With this in mind, my advice would be to give your Swede some space

Whilst interacting, leave a greater distance between you than what you usually prefer. This way, your Swede may step closer to you in order to reach their personal comfort zone, giving you a positive impression. Instead of arguing fiercely for your opinion, hoping to provoke a reaction from your Swede, tell them you agree with theirs (although it is very vague).

The more you agree, the more likely are they to open up and share their views, and you will get to know them better. Wait with questions about their private lives, and they are likely to share such details, and ask you about your life, when they feel comfortable about this level of friendship.

Giving them the chance to move forward in your friendship, you will perhaps not experience such shyness and reservation as initially imagined. And the reward? When you finally reach the stage of friendship with a Swede, it will last forever.

Åke Daun is the big expert on Swedish mentality – he has even written a whole book with the same title.

A little bit shorter, an article in Svenska Dagbladet on the Swede’s need to conform. (In Swedish, required level: B2)