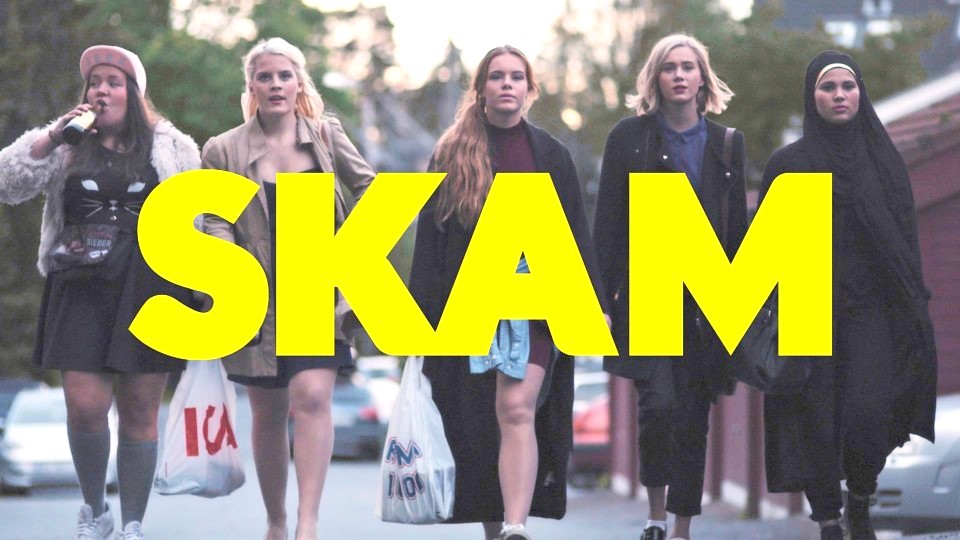 You’ve probably seen it popping up on your Facebook feed: SKAM, the popular Norwegian show about the life of teenagers in Norway. The show covers every aspect of the normal life as a Scandinavian teenager: school stress, love, partying, sad times, you name it. If you’re between 15 and 25 and moved to Scandinavia, I highly recommend it!

I noticed that there isn’t much information for younger people when it comes to moving to another country. Of course, if you go to university you meet many other international people, and slowly you’ll get used to it, but it took me a long time before I figured out what was normal in Sweden for young people. I had no idea, was it normal to party a lot? Were they just all relaxing? What did they do on the weekends? What does school look like for them? I had no clue!

Don’t worry, I won’t spoil anything, but because of Skam it’s much clearer for me how it goes here up north: exactly the same as in any other country, but somehow very different. Scandinavians are really good at pretty much everything, as shown again by this show. Homosexuality, immigration, peer-pressure, eating disorders, loneliness and much more is all shown through the eyes of teenagers.  For me it was very interesting to see how Norwegian teenagers think about the world we live in today, as it’s a group that’s often being ignored. You can be part of the whole Skam fan group that’s all over the world at the moment while everyone is falling in love with the Norwegian language!

Are you already watching Skam? Who’s your favourite character, and why did you decide to watch it? I want to write more tips for younger people: if you are between 15 and 30 please let me know what you miss or missed when you moved here, or general tips you have!

I’m Lydia, a 19-year-old Dutch girl living in Stockholm. I try to write many helpful posts to help younger people who recently moved to Sweden to get to know the country and how everything works here!