Have you celebrated Walpurgis Night in Sweden yet?  Or Valborg, as it is known in Swedish?

Each year on the 30th April, crowds gather in many Swedish cities to celebrate Valborg, an ancient festival heralding the arrival of spring and commemorating St Walburga, an 8th Century Christian missionary known for fighting witchcraft.  Valborg in Uppsala (Sweden’s fourth city) is a particularly big and popular celebration.

With a whole programme of events for students and non-students alike, a visit to Uppsala on the last day of April, sista april, is a great way to celebrate like a true Swede!

The day starts with the annual river rafting race – not an ancient tradition, but one which has been established for over 40 years. 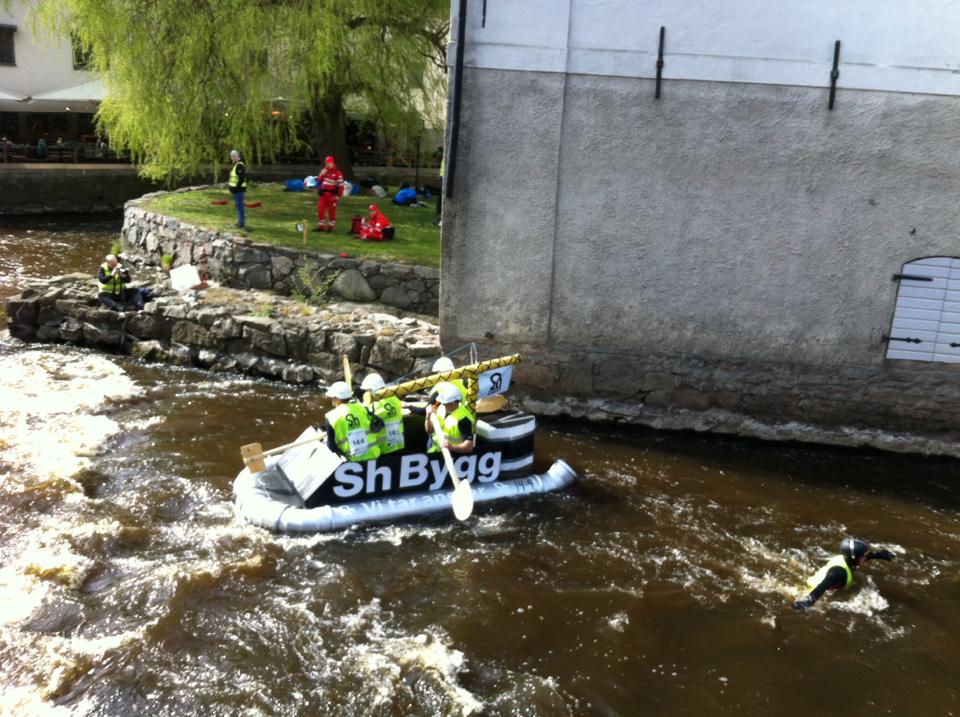 Groups of students build elaborate themed polystyrene rafts, which they race down the Fyris River.  They dodge water pistols and water balloons before attempting to tackle the river’s mighty rapids.  Great fun for competitors and spectators alike, this is one event you won’t want to miss during Valborg in Uppsala.

A traditional herring lunch is a feature of most people’s day.

Many dine at Uppsala’s eyecatching concert hall, UKK, or in one of the student unions, aka nations.  After lunch the crowds head to the university’s historic Carolina Rediviva library, located between Uppsala Castle and the beautiful cathedral, Uppsala Domkyrka.  There students gather for the ceremonial donning of their university caps, led by Uppsala University’s vice chancellor.  Then comes the Champagne Gallop.  This is a bubble fuelled race down the hill from the Carolina Rediviva, signifying the start of the day’s partying for many! 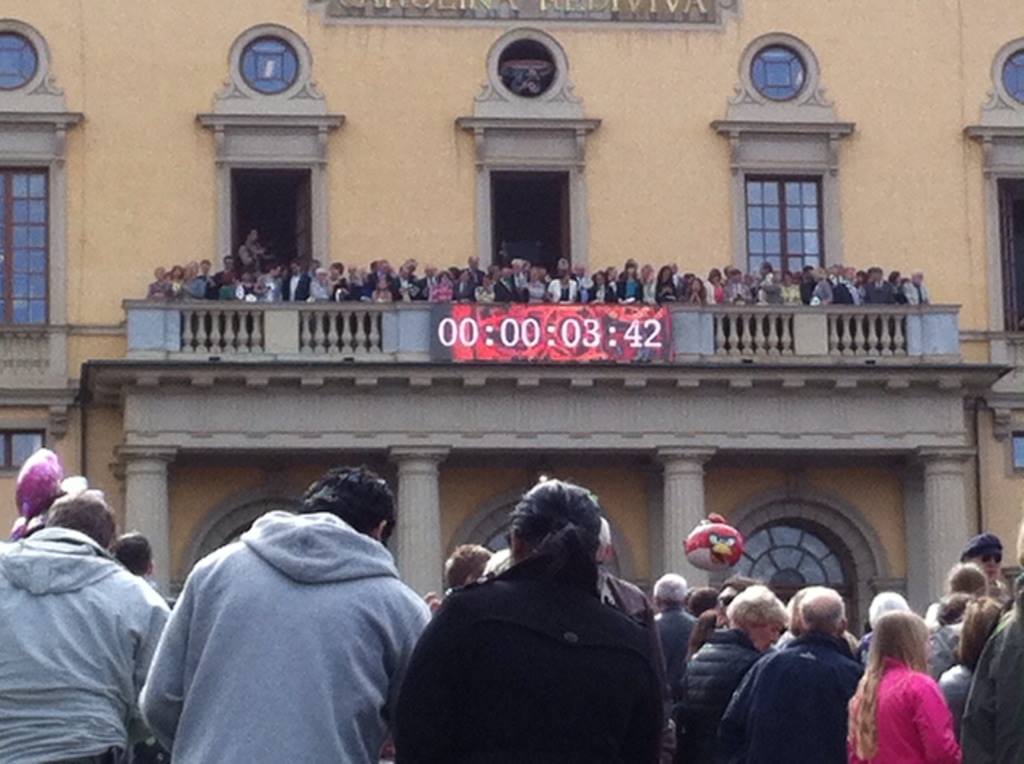 The clock counts down to the donning of the caps outside Uppsala’s Carolina Rediviva.

For those not continuing with the champagne celebrations, the evening brings with it the traditional Valborg bonfires.

Gamla Uppsala (Old Uppsala) is an ancient settlement with important historical and archeological significance.  It is home to one of the city’s largest Valborg bonfires.  Each year, a huge bonfire or majbrasa is lit on the iconic Royal Mounds there.  This tradition dates back centuries to when the bonfire used to scare away predators threatening pasturing animals. 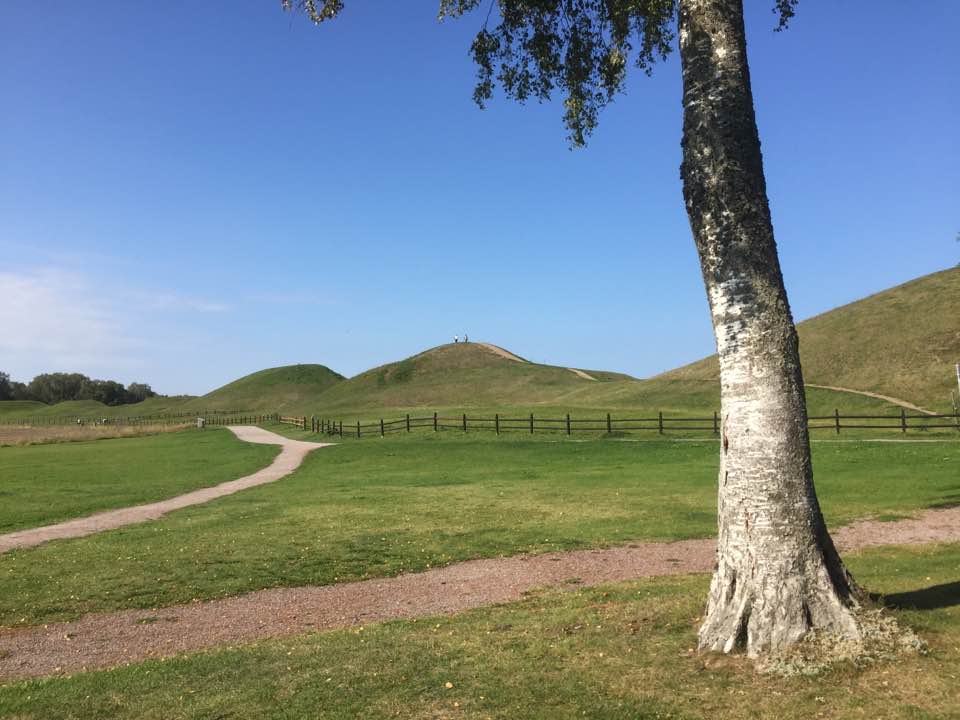 The Royal Mounds at Gamla Uppsala

Combining ancient traditions with modern, and with an activity to suit all ages and interests, Valborg in Uppsala is a celebration not to be missed! Vi ses i Uppsala!

Hej! I’m Sarah.  I’m from the UK and I live in Uppsala with my husband and our two children.  I am a language teacher and freelance writer, and my husband is a researcher.  It was his work with moss (yes, moss!) which brought us to this beautiful country, and we absolutely love it here!  Highlights of our life here so far include experiencing the midnight sun in Abisko during an epic Arctic Circle roadtrip, blissful summers in Dalarna, and meeting Sweden’s Crown Princess Victoria (along with Prince William and the Duchess of Cambridge!) in Stockholm’s historic Gamla Stan.